Grit and Resilience in the Classroom

Year after year, our director of college counseling and I sit down to evaluate the success of our alums at their chosen universities.  In the last ten years, we’ve become increasingly aware of the fact that traditional, strictly intellectually-oriented approaches fall short of predicting which students will be most successful. In other words, ACT and SAT scores, high school rank and GPA, and even teacher recommendations fail to provide an adequate prospective picture of who will persevere and who will succumb to the challenges of college. Over time, it has become clear to us that there is at least one other crucially important factor, what Angela Duckworth and others have identified as “grit,” the stick-to-it-iveness that permits us to pursue and persevere to achieve very long-term goals with tenacity and resilience. We were thrilled to see our experience with students borne out by the research that Duckworth was doing at the University of Pennsylvania and took a new look at our students with this characteristic in mind.

The good news is that by considering grit and resilience, we were able to make better predictions about who would succeed and in which environments—and, I think, better able to offer helpful advice to our students and families as they headed off to college. What we hadn’t figured out was how to teach grit, how to nurture the sort of resilience that we had determined was so important. We had already instituted several character education programs at school, including courses in language pragmatics, team building courses that used the school’s adventure course, and residence life programming that followed a life coaching model. On this point—how to teach grit—Duckworth was less helpful, candidly suggesting in a 2013 Ted Talk that we really have very little idea how best to teach grit in schools.

It was shortly after watching that Ted Talk with the faculty that we happened upon David Kidd and Emmanuele Castano’s research, “Reading Literary Fiction Improves Theory of Mind” published in the journal Science (18 October 2013: Vol. 342 no. 6156 pp. 377-380). In their much-heralded and oft-criticized article, Kidd and Castano report the findings of several studies that suggest that reading literary fiction (as distinct from non-fiction and so-called popular fiction) can contribute to improved theory of mind—the ability to recognize and empathize with others’ states of mind. Whether or not you question Kidd and Castano’s methodology—there have been questions about how the reading passages were chosen in the studies they rely upon—it is hard to resist the tempting notion that reading can change us in fundamental ways. Serendipitously, we had hit upon an approach to teaching grit: we’d read stories of grit! 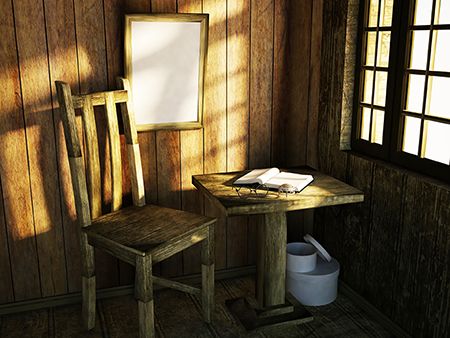 So, we set about developing a course—Grit Lit: Stories of Resilience—that would provide students with a window into the gritty lives of characters in their reading. As a school built on the principles of innovation, individuality, and intellectual autonomy, we were not inclined to develop an overly prescriptive curriculum or reading list. Instead, we asked teachers to choose texts and to develop approaches and activities that they thought would allow students the vicarious experience of resilience. The first few sections of our Grit Lit course have just gotten underway this winter, and I’ve included a list of texts that teachers have used so far or are thinking of using. You’ll see that the texts are incredibly diverse. What seems to have been more important so far is using texts slightly differently than we have in the past. Many high school literature courses treat texts as nothing more than grist for an interpretation mill, often one with a particular interpretive practice in mind: we train young feminist critics or psychoanalytic critics or New Critics or post-colonialists.
In our Grit Lit sections, we take another approach: we pay attention to the experiences of characters and try hard to imagine ourselves in their lives. We’ve done this with “grit journals” that ask students to identify the resilience of characters in their readings, to adopt the position of a character and imagine entering her or his situation, or to imagine literary characters reacting to challenging situations in their own lives. Some of us have experimented with poetry for two voices (see Lesley Roessing’s interesting article "Creating Empathetic Connections to Literature") in which students match their own lives against those of the characters in their texts and perform their original work in pairs, using two voices to highlight intersections and divergences. We’ve explored the differences among grit, stubbornness, and belligerence in our discussions and essays (is Milton’s Satan resilience or belligerent?)

So far, it doesn’t seem to matter much whether the characters are fictional or “real.” My own students have reacted as strongly to Milton’s Satan as to Carton de Wiart’s tales of war. What does seem to matter is offering classroom experiences where students and teachers are able to be fully themselves, setting aside the carefully crafted personas that we all sometimes bring to class. Genuine empathy, even with a fictional character, requires a genuine self reaching out to another, and that can be intimidating for everyone involved.

Resilience Scale
As teachers, we’ve begun to think about ways to study, more formally, the outcomes of this coursework for students. It’s too early to report any strong findings, but one interesting exercise that we’ve done with a very small group of students is encouraging. Using a common 25-item resilience scale that takes no more than ten minutes for students to respond to independently, I put students into two groups who did different short readings immediately prior to completing the scales. One group read Henley’s “Invictus,” and the other read Owen’s “Dulce et Decorum Est.” If you know these poems, you’ll immediately recognize the very different tenor of the two, the “bloodied but unbowed” resilience in Henley’s speaker contrasted with Owen’s disillusioned, “helpless sight.” In comparing the scales completed by these two groups of students, there is a striking difference: those who read Henley scored, on average, as significantly more resilient than those who read Owen. The Henley group scored in the “moderately high” range while the Owen group scored in the low range. Of course, this was an utterly unscientific classroom activity designed in part to help students understand the concept of resilience or grit early in the course. At the same time, it has made for some interesting discussion among faculty.

We’ve also taken to heart Alfie Kohn’s critique of the popularity of grit in recent educational discourse. It is, of course, possible to impose unrealistic, wrongheaded, or unhealthy goals on our students and to suggest that failure to meet those goals is a character flaw, a lack of grit. It is perhaps even more dangerous to nurture a brand of grit that requires students to persevere in impossible situations toward truly awful outcomes. In this respect, we are in alignment with Kohn’s concerns about grit as an education panacea. Developed in an environment of respect and trust and relied upon as we struggle toward our own and common goals, however, we see grit as an indispensable quality—and literary study is perhaps one way to nurture that quality.
A partial list (in no particular order):
Allison’s Bastard Out of Carolina
Watkin’s So Far from the Bamboo Grove
Green’s The Fault in Out Stars
Courtenay’s The Power of One
Alexie’s The Absolutely True Diary of a Part –Time Indian
Milton’s Paradise Lost
Angelou’s I Know Why the Caged Bird Sings
Hildebrand’s Unbroken
Bradbury’s Something Wicked This Way Comes
Carton de Wiart’s Happy Odyssey
Wright’s Black Boy
Beowulf
Hossein’s The Kite Runner
Thomas’s Down These Mean Streets
Morrison’s Bluest Eye
Canada’s Fist, Stick, Knife, Gun
Selections from Carpenter and Franklin’s Grit Lit: A Rough South Reader
Ambrose, Undaunted Courage
Selvadurai’s Funny Boy
Dulce et Decorum Est, Wilfred Owen

Bent double, like old beggars under sacks,
Knock-kneed, coughing like hags, we cursed through sludge,
Till on the haunting flares we turned our backs
And towards our distant rest began to trudge.
Men marched asleep. Many had lost their boots
But limped on, blood-shod. All went lame; all blind;
Drunk with fatigue; deaf even to the hoots
Of tired, outstripped Five-Nines that dropped behind.
Gas! Gas! Quick, boys!—An ecstasy of fumbling,
Fitting the clumsy helmets just in time;
But someone still was yelling out and stumbling
And flound’ring like a man in fire or lime...
Dim, through the misty panes and thick green light,
As under a green sea, I saw him drowning.
In all my dreams, before my helpless sight,
He plunges at me, guttering, choking, drowning.
If in some smothering dreams you too could pace
Behind the wagon that we flung him in,
And watch the white eyes writhing in his face,
His hanging face, like a devil’s sick of sin;
If you could hear, at every jolt, the blood
Come gargling from the froth-corrupted lungs,
Obscene as cancer, bitter as the cud
Of vile, incurable sores on innocent tongues,—
My friend, you would not tell with such high zest
To children ardent for some desperate glory,
The old Lie: Dulce et decorum est
Pro patria mori.
Invictus, Earnest Henley
Out of the night that covers me,
Black as the pit from pole to pole,
I thank whatever gods may be
For my unconquerable soul.
In the fell clutch of circumstance
I have not winced nor cried aloud.
Under the bludgeonings of chance
My head is bloody, but unbowed.
Beyond this place of wrath and tears
Looms but the Horror of the shade,
And yet the menace of the years
Finds and shall find me unafraid.
It matters not how strait the gate,
How charged with punishments the scroll,
I am the master of my fate,
I am the captain of my soul.
Back
Date Posted
No comments have been posted

What is Learning Diversity About?

Learning Diversity is a blog hosted by Eagle Hill School where educators, students, and other members of the LD community regularly contribute posts and critical essays about learning and living in spaces that privilege the inevitability of human diversity.

The contributors of Learning Diversity come together to engage our readers from a variety of disciplines, including the humanities, social sciences, biological sciences and mathematics, athletics, and residential life. Embracing learning diversity means understanding and respecting our students as whole persons.